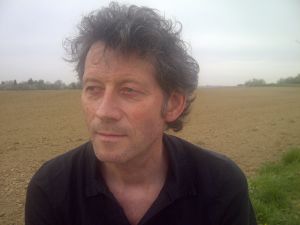 I was born on November 4, 1958 at 6:30 am in Middelburg, The Netherlands.
There were 5 of us in the family; mum, dad, my brother and sister.
Looking back, I can say I enjoyed my youth. We moved several times and I liked that.
We lived close to the North Sea. The beach life had a huge impact on me.

One day in 1972, my brother took me to the cinema to see the 'Apple films' concert documentary of the Concert for Bangladesh. I was 13 and impressed and will never forget what I saw that night. Bob Dylan and George Harrison playing together two songs, "Blowing in the wind' and 'Just like a woman'. My love for music and song writing was born. I didn’t know then that music would become so important to me many years later.

My sister owned a guitar. When she wasn't at home I would borrow it and a little songbook with chords and teach myself my favourite song 'Blowing in the wind' over the span of a few weeks. Later that year on my birthday, my parents bought me my first guitar. I can remember spending hours and hours every day on that guitar.
When I was 18 years old I left home because I had a disagreement with my parents about a girl I was seeing. I took the first train to her place and we lived together many years. We had a family and were happy most of the time. I had various jobs to earn money but I could not find satisfaction in the work I was doing. I eventually divorced her and later married again. After my father died in 2001 and my second relationship was in trouble, I began to return to my daydreaming reminiscing over those years when I was a happy teenager.

It was Christmas of 2006. I was alone at night and I can remember deciding to pick up my guitar again and to make a record before my 50th birthday. Since that moment things really began to change. I released several CD's and performed everywhere I could play not only in Holland, but also in Germany, Sweden, Scotland and Austria.

I continued to hold down a full time job so as to earn money but I could not do it any more with enough commitment because my heart was with my music.
I knew in 2011 that a big change would come in 2012.


It came on one historical night on February 29, 2012. Elaine Allison from Scotland opened my eyes by saying: "Can't you see? It is in front of you. You are a musician and you have to share your songs with people. That's your duty on earth"

Since then I travel across Europe to perform my songs and share my life and stories.

After his first cd release in 2008 Stefan recorded and produced another 9 albums , a bootleg cd and 2 video-concert cd's.

He is still touring across europe and music became his carrier; it brings him to places where he can share his music and stories with the people he meets. He lives the life of a "Troubadour".

Scotland has been over the past few years a great influence to Stefan's songs. His friendship with Magi McGlyn gave him inspiration and confidence to live simple and close to the source.

Also in Scandinavia and Germany he found new friends and places where he comes back every year to preform and have good times. In the winter he is often in a winter cabin in Sweden to work and record albums.

Mountains, forests, rivers, sea, roads, people and friends; they are all inspiring him for new melodies and lyrics.