What makes this guitar so special?

Why did I buy this guitar?

My idea was to switch from electric guitar, which I played during the last years, to acoustic guitar. The reason for that was that several people told me that an acoustic guitar was more fitting with me. But I had no idea what kind of guitar I needed. Well actually a Gibson J45 was my dream guitar. So after I sold a lot of equipment and guitars I had some money to look for a serious acoustic guitar.

Hans Elmers and I went to the guitar shop in Groningen. First I tried several guitars on the ground floor where the cheap and bit more expensive guitars were standing. But I could not find one which gave me the happy smile on my face. So after a while Hans said: "Okay, now we have heard and seen these guitars, lets go up-stairs to the first floor where the custom shop is. I had my doubts because I did not want to spend my whole budget on just the guitar. I also wanted to buy a good amp. But I took the step to try guitars in the custom shop.

And there it happened that I tried out the Taylor GS7 guitar. I remember that I felt directly in love with the guitar because it had the form of a guitar. It had no black scratch plate and there were no build in electronics. So the guitar was fitting perfect with my wishes.

So I set down and started to play on the Taylor and I was astonished about what I heard and felt. All chords that I tried were sounding nice and in tune. Especially the critical D-chord was even on this guitar sounding great. So my first love for this guitar was born. Of course we tried out other guitars. The Gibson-J45 and an expensive Martin - which was really also a very good guitar and was the 2nd option.

A cup of coffee, a chat with the salesman and Hans his opinion helped me to make a choice between the Taylor and the Martin. I took the Taylor! 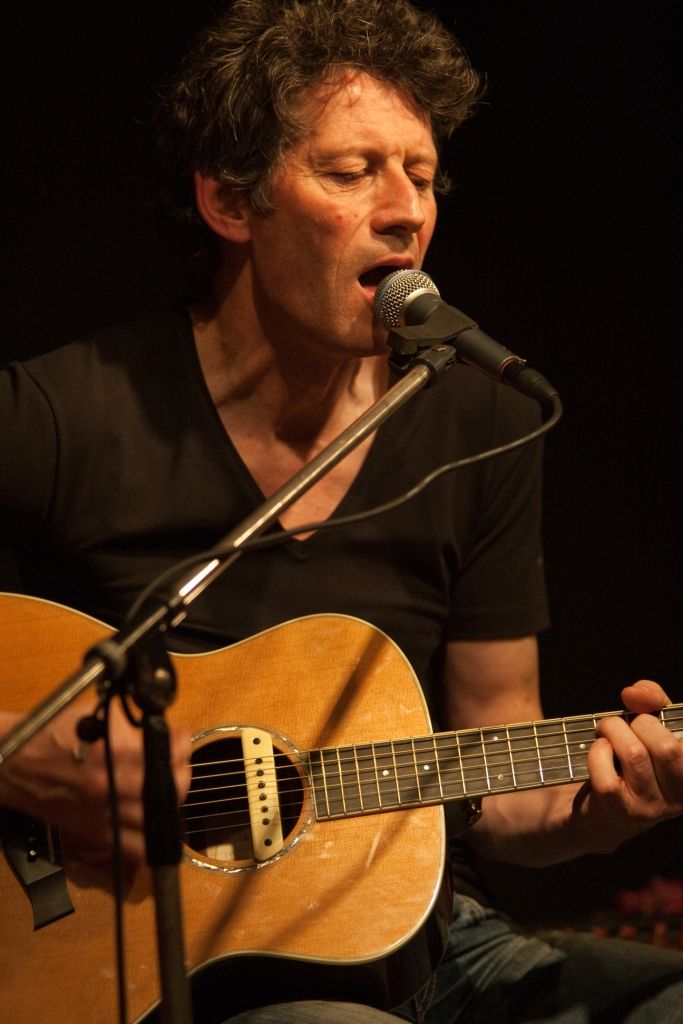 I had to learn how to play on this guitar.

Because the Taylor I have is a very high quality and sensitive guitar it needs also another approach and technique to get the brilliant sound out of it. I had to learn how to place my fingers in the right way on the fretboard. Because the neck is slight broader than a normal steel string guitar it happened in the beginning that my fingers touched other strings which made the sound dull. So I had to play a lot on the guitar before it was sounding good. The strings are medium gauge (13-56). So the thickets strings you can get. Heavy for the fingers but great for the stability of the tone and the great for the sound which is produced. I once tried to use one step lighter but then the whole sound was reduced to the half of what it gives with a medium gauge.

No matter how hard or light you play, the sound is always perfect.

Another discovery was that no matter how hard or light I played, the sound stayed sublime. Finger-picking, rythm, hard strumming; this Taylor guitar likes it all. Other guitars can become muddy when you play too hard on it. There are also guitars which need a heavy approach to get the sound out of it. This Taylor guitar is in the whole range good and stable. 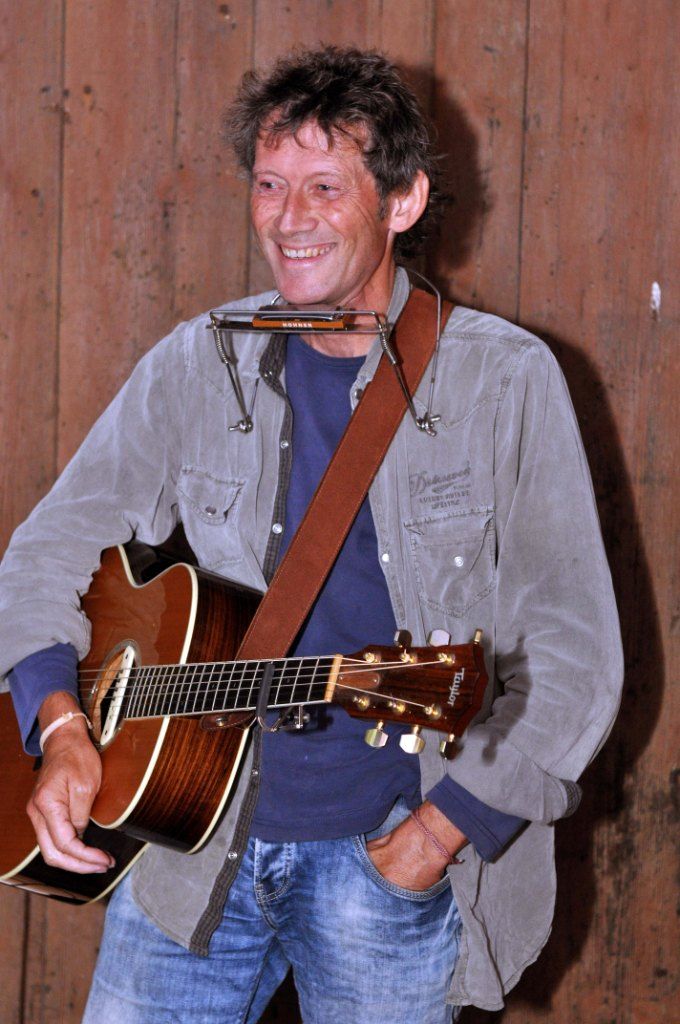 On stage I never have to tune the guitar.

I tune the guitar before I start and can do easily 1,5 hour without tuning. So it is a very stable guitar. Mostly in the break I tune because the warmth of the venue and the spotlights makes the tone lower. I have to put up then all strings a bit.

This is often a 'manco' of lots of guitars, that the more higher you play the more out of tune the sound is. With this Taylor I can play easily a high E-chord for example and even then the sound is in tune.

Is this guitar only good and perfect ??

No it isn't. There is one minor quality. The top is from solid cedar and that is extreme sensitive for humidity. Perhaps you don't know it, but I can't be so careful with my instruments. Well I wish I could be, but the way I tour makes it almost impossible to keep the guitar in the perfect condition. I travel by car and it can happen that the temperature in the morning time when I leave is around 20C but during a drive to the south for example it can become easily 35C in my car and I have no air-conditioning. Or in the wintertime when the temp can go from 17-18C to minus zero. And I can't take always my guitar out of the car because it is packed in very tight in between my other gear.

The result is that the guitar has some cracks in the top. But the guys of Taylor repaired it for me once. But there is a new crack in the top, so they have to do it over.

How do I amplify the guitar on stage?

- Through the air to a big membrane Rode-NT1A microphone.
- Through a cable to a Fishman Aura Spectrum DI which is connected with a Fender Princeton Amp for a soft chorus sound.

So the audience get's a 2-layer sound and that is often very appreciated, also by the sound engineers.

But more about the gear I use in a next blog-posts. 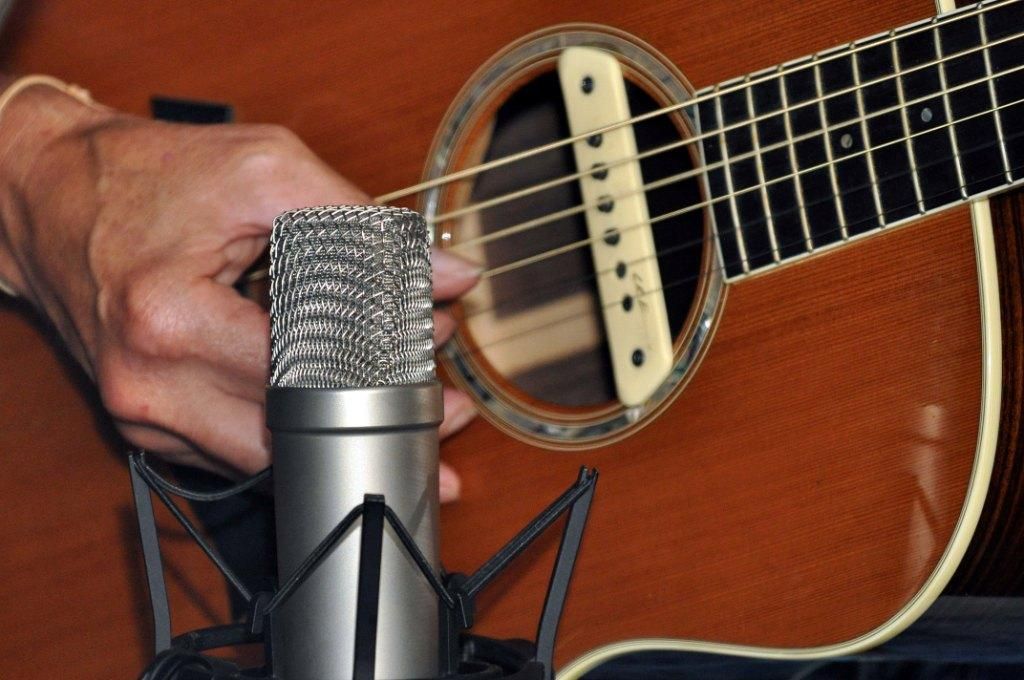 There is so much more to tell about this guitar.

To use a guitar like this is a sort of an adventure. Many experiences are difficult to explain. A good guitar needs to be played often. A good guitar makes the player smile. The more you play and perform for audience the more you get out of the guitar. It becomes a friend, your best friend on stage. And a good guitar does with the listener more then the listener knows.

And this one has it. 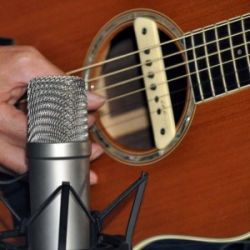