Most of the songs feature guitar/ukulele duets providing a rhythmic and melodic backdrop to impeccable sound production, sometimes telling of simple love between husband and wife, woman and man, or else just lullabies venerating and praising everyday beauty in mother nature in “Silver Lagoon”, candlelight in “Light”, the Scottish Highlands in “Water”, gratitude in “Praise My Life”, or gardens of Eden in “Summertime In Sweden.”
Other songs, such as “In My Dreams”, start with startling darkness only to meander to clairvoyant deep emotional security. Or, “Better”, a blistering condemnation of arrogant American over-reaching abuse of power. There is even a subtle wink at Bob Dylan’s “Farewell Angelina” in “Farewell”, but don’t blink, or you’ll miss it.

“The Crystal Burn” and “Water” are two distinct takes of the same composition, as are “Step By Step” and the stepped up “Masters Never Run.” Melody cleverly explores European roots in “The End Of The Day” when Stefan’s baritone Dutch accent suddenly turns into an Irish tenor brogue in the chorus line.

Last but not least, Bob Dylan fans are treated to a heartfelt “Every Grain Of Sand” that tells the truth.

Seen through the lens of the troubadour in Dylan, “Moon Light” again and again hearkens back to “John Wesley Harding”, perhaps Bob’s greatest LP “novel” as it were – of timeless lyrical parables and melodies, surely passing the test of time.
Bravo, Stefan! 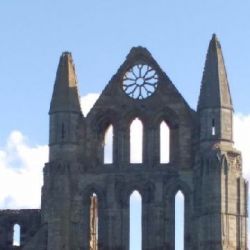