The third song on my new album "Moon Light" is a song about a couple that is buried on the graveyard in Whitby-Yorkshire. Two years ago I was there by coincidence and found a headstone with some vague inscriptions about a John and an Anna. That night I visited the Whitby Folk Club and later when I went to my tent a melody came up in my mind and the song was born.

This time I will not tell a lot about the song because its lyrics speak for themselves. If you might be interested in my visit of the graveyard read the travel log of 2017.

If you want to hear the song then visit a concert or order the CD!

Song 4 of my new album "Moon Light" is an old one from the album "Gone" (2011) but in another mood and with other instruments.

A story of a sailor man that is at home. His ship is at the quay, stuck in the ice, waiting for springtime, high water and the right wind. In those days, we speak about 1570-1700, we had in Holland a 'little ice age'. The chance that a sailor man didn't came back from a journey was much bigger than nowadays.

So a very good reason to enjoy the time with your love at the fire and some liquor as long you were with her.

" .... Tell me your secrets and I'll tell mine
Lets get drunk tonight
I drink whisky and your drink wine
Lets make love tonight ..."

Dear friends, it is some days ago that I posted songs of my new album "Moon Light". I was on tour and landed today in Old Zeeland and so I have some time to share music and lyrics with you.

Song 5 of my "Moon Light" album has the tittle "Better". The song is a protest song. My inspiration came after another Tomahawk Missile attack from a US Vessel on a country to punish the country (without good evidence) for its behavior. And I was done with the superior behavior of countries that think that they are the police of the earth and have the idea that their own doctrine and policy are better than others. Well one may think that his/her idea's are better than others their idea's but that don't give rights to bomb other countries and destroy houses, infrastructure and many people. It never is and never will be. We as Europeans left 'a trail of destruction' behind in almost every country in the world the last hundreds of years. So the song calls on our consciousness and awareness , we are not 'better' than any one else.

A blistering condemnation of arrogant American over-reaching abuse of power. "

Lately I got a nice review from Bob Shiel about the song 'Better': " Or, 'Better', a blistering condemnation of arrogant American over-reaching abuse of power. "

You want to hear the song? Buy a CD! 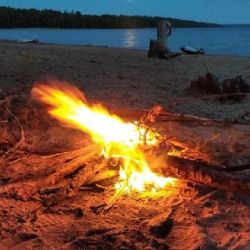