Inside information and stories about my new album "Moon Light"

Most of you will know I released a new CD Album in November. Some of you bought the CD and wrote or told me that they like the CD very much. Some are even more than happy with it. My goal is with writing songs, to connect my listeners with what I see and feel and experience through music and words. But there is more to tell about my songs and my deeper feelings behind words and compositions and therefor I want to share the lyrics and thoughts here on facebook. Later I will collect them and put them on my website.

Of course I know that you would like to hear the songs and some of them are available on my website. But it is fair to those who bought my music that I don't give away for free where they have paid for. (and happily I am not such a famous artist from whom the record is within 24 hours illegal on the net).

But you know that I have always smart solutions to solve this kind of impossibilities. And yes also this time it is actually easy: visit one of my concerts this year or buy the "Moon Light" CD. And then you can enjoy my music and songs as often you want.

So let's start tomorrow or the day after tomorrow with the first song of the album "Moon Light" : "Change".

Hi, I couldn't make it yesterday but today I will start with sharing the inside information about my new album "Moon Light" that was released on Nov.3rd 2018 in Vlissingen during my Anniversary Concert.

The album got the name "Moon Light" because I discovered that several new songs I wanted to put on my new cd had something to do with the Light of the Moon. And when I discovered that, I made a fast search among all of my songs and found out that much more songs have connections with the Moon. So then it became clear for me: My new album name must be "Moonlight". The reason why I finally gave the name "Moon Light" and not "Moonlight" is something I will explain you when I tell you about the first song "Change".

Not all of the songs on the album have the word "Moon" in it. I wrote also songs that has nothing to do with it. But the red-line through the CD is the moon.

The pictures and the artwork on the CD are selfmade. There are three reasons why I try to do all the work that has to be done to make a cd. First of all, I like to do it. Creating something, to let the power of expression free what results often in surprising results. (after I throw away now and then several versions). The second reason is that I hate to talk überhaupt about copyrights and to keep it by myself is a matter of safety and also a sort of a confident feeling. The third reason is money. If we nowadays want to get things done it is all about money. And as long I can do things by myself and I have time for it why should I pay others? Of course there are things which can't be done by me. Like printing, pressing and mastering.

The album contains sixteen songs. Fifteen are my own and one is my interpretation of Bob Dylan's "Every Grain Of Sand" which I sing together with Singer & Songwriter Liseth Horsten. She also sings on "Change" and on "Summertime In Sweden". Other musicians who helped me with releasing this album are John Smies (Master Never Run), Roos Galjaard who sings on "Better" and Asya Pritchard who sings on "Ian Aaron King", "In My Dreams", "Light" and "Water". And last but not least Magi McGlynn talks, whistles and drums on "Water".

The next episode I start with the openings song "Change". And you should not miss that because I'm gonna tell you about really personal things. (really? YES!)

Hope to see you here in one or two days?! 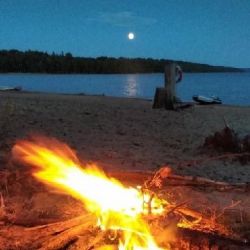